The tech industry has become a popular choice for employees who want to take part in an innovative industry and earn money while doing it. With 33% of the global technology industry, the United States remains the largest market in the world, with the total value of its market share estimated by Comptia at approximately $1.8 trillion.

This data is taken from a report recently released by Comptia, which suggests that the tech industry is growing at a steady rate of 5-6%, indicating a return to pre-pandemic levels. This means that the value of the global industry is likely to exceed $5.3 trillion by the end of the year, and employment in the sector is likely to follow suit. The tech industry is a popular choice for applicants, for better job prospects and greater job security.

Some tech jobs are expected to grow fivefold this year, and the overall employment rate in this sector is twice the national average. Despite this, it is not possible to get a job in the technology sector without learning some necessary skills first. There are ten core competencies that tech companies are recruiting candidates for right now, and blockchain is obviously a high-demand area.

Cybersecurity is also a very useful skill to acquire if you want a job in technology, and many skills are also focused on the back-end of computing. This includes things like cloud computing, machine learning, data science and analytics, and software engineering.

Smartphone-oriented skills are also a great way to get a high-paying tech job. Android and iOS developers are fairly well paid, and they also have excellent remote work opportunities due to the inherently decentralized nature of the work. User experience and user interface skills are also highly valued in the technology industry, as are augmented reality and virtual reality specialists, due to the growing importance of these technologies in the context of of the rise of the metaverse. DevOps skills are also valuable for getting the best jobs technology has to offer.

Focusing more on AR and VR, the metaverse alone is expected to create hundreds of billions of dollars in value, and the jobs associated with this sector will be just as lucrative. The metaverse market is expected to reach approximately $678 billion by the start of the next decade, and many of these jobs will create satellite roles that will also need to be filled. 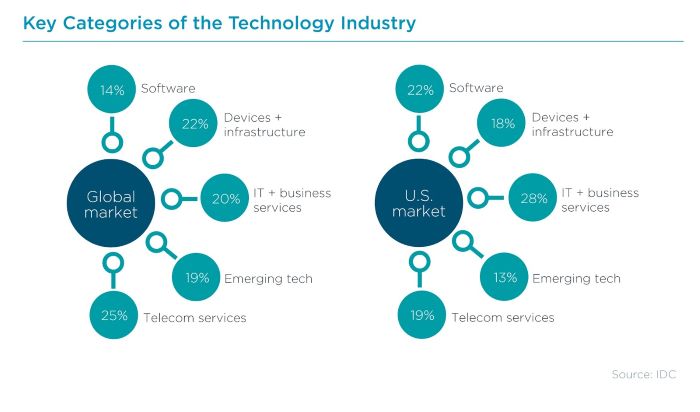 It is estimated that for every new individual job in the software development industry, nearly five additional jobs, or 4.8 to be precise, are created for support roles. This means that tech experts can move up the ladder into a supporting role while they gain the experience needed for big jobs.

This shows that the technology sector not only creates many jobs for graduates, but also contributes greatly to the economy. Many of these high-paying jobs don’t require a college education, and many start-ups prefer to hire self-taught coders and programmers.

This therefore opens up a multitude of possibilities for people who want to enter the world of technology. Jobs of this type are on the rise, and it won’t be long before the scope of these roles increases as technology becomes an increasingly prominent and essential aspect of our daily lives. Blockchain, in particular, is expected to see tremendous growth over the next few years.

Do you find this report relevant?

What are the most in-demand skills in your organization?

70% of IT leaders are concerned about cloud skills shortages, 46% said it’s slowing them down, Cloudreach and AWS survey finds

The volume of executive jobs requiring skills in the field of cybersecurity almost doubled between 2017 and 2021, from 3,650 to 7,000, according to Apec

According to 53% of developers and IT professionals, the software industry’s biggest challenge this year will be recruiting developers with the right skills

60% of Hiring Managers Say They Prioritize Skills Over Diversity, Backend Engineers Most in Demand Right Now, According to Hackerearth